YouTube Video on election to the Royal Society of Canada 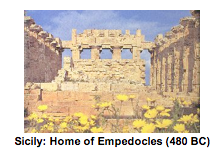 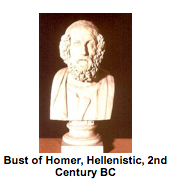 My areas of research include Homer, early Greek literature, the Pre-Socratic philosophers and Greek tragedy. I am interested in particular in the Archaic Age of Greece (750-450 BCE) with a focus on the history of ideas in that time. I also have worked on the convocation speeches of the philosopher Thomas Reid. This work resulted in a book called The Philosophical Orations of Thomas Reid (1989) in collaboration with D.D. Todd of the SFU philosophy department. On the Pre-Socratic philosophers I have written several articles, focusing especially on Heraclitus. My interest in particular is to show how the thought of the early Greek poets and philosophers shared common features. My articles treat the nature of soul in both Heraclitus and Empedocles. They discuss how these philosophers viewed intellectual activity.

My research also involves a study of how the early Greeks engaged in psychological activity. I have studied the several terms that the Greeks use to designate this activity in the authors of early Greece, including Homer, Hesiod, the elegiac and lyric poets, Pindar, and Bacchylides.

What is fascinating in this regard is that psychological activity in these early authors is fragmented. Several terms designate the seats of intellectual, emotional, and volitional activities. The emergence of psyche as the seat of such activities occurs only long after Homer and Hesiod.  In both these poets psyche is simply the breath that keeps human beings alive.  Psyche acts as a seat of psychological activity only in the dead.  Over time activities assigned to distinct psychic entities gradually came to be associated principally with psyche. By the time of Plato psyche has emerged as the seat of personality in the living person.

My work on Homer appears both in several articles and in my book, Psychological Activity in Homer, A Study of Phren (1988). This book examines how Homer viewed psychological activity, especially with regard to phren, the seat of deliberation and decision-making in human beings.

I also discuss Homer and the other authors mentioned above in my book, Psychological and Ethical Ideas, What Early Greeks Say (1995). This book examines in particular the ways in which early authors spoke of the personality and moral behaviour of human beings. 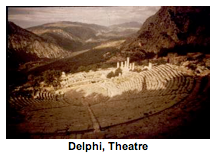 In my research I next focused on psychological ideas in Greek drama. This research has resulted in the books on Aeschylus, Sophocles, and Euripides (see Publications below). Each book discusses in detail how the dramatists viewed psychological activity within the human person. The books show both how a dramatist’s use of psychological terminology was traditional and how it was new.

Some of my research focuses on Pindar (522 -423 BCE) and his use of psychological terminology. My research treats Pindar’s understanding of cognitive and emotional activities in different individuals.  In many ways his references to psychological terms are traditional.  But he too, like the dramatists, begins to assign a greater role to psyche in the living person.  I have also examined the interesting way that Pindar uses the first-person pronoun in his odes.  Is he referring to himself or is he constructing a “fictive I”?  If he constructs a “fictive I,” we may perhaps analyze first-person references as a “means” Pindar uses, appropriate for specific poems.  The use of a fictive I allows him to adopt different stances with regard to the recipient of his odes and the message he wishes to give.

My other area of research involves the history of Christian spirituality.  I have taught several different courses on this topic.  My special interest is in Carmelite spirituality, especially that of Teresa of Avila and Elizabeth of the Trinity.  I am also interested in St. Ignatius of Loyola.

2012.  The Parables of Jesus, Beacons for our Spiritual Journey. Kindle.com: E-Book.

2008. A Practical Guide to the Liturgy of the Hours. New Jersey: Catholic Book Publishing.  Pp. 93.

2004. A Companion to the Liturgy of the Hours, Morning and Evening Prayer. New Jersey: Catholic Book Publishing. Pp. ii, 205.

Books on Greek Philosophy and Drama

Articles on Greek Philosophy in Refereed Journals and Books

42. 1984. “The Sophon as an Aspect of the Divine in Heraclitus” in Greek Poetry and Philosophy: Studies in honour of Leonard Woodbury.  Chico, CA: Scholars Press, 285-301.

60. 1973. Doctoral Dissertation.  The Notion of Self in Xenophanes and Heraclitus. University of Toronto.